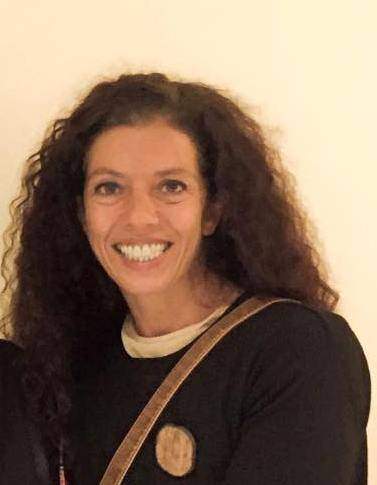 Born in Lisbon (1973). She studied in “Balleteatro” - Escola Profissional de Dança e Teatro (Dance and Theatre School) in Oporto, and the degree in Dance at Escola Superior de Dança (Higher School of Dance). In her search for experiences continuously does dance and composition research courses, such as, at Forum Dança, CEM - Centro em Movimento, Estúdios Victor Cordon (Gaga Technique), Teatro Viriato (Kova Technique), etc. Her interests and curiosity in the transdisciplinarity transcends the technique of dance, including the research of several elements that can be included in a performance, such as costumes, object manipulation, the “word”, visual arts, and others. As a professional dancer, highlights the participation in the entire repertoire of the dance company Lisboa Ballet Contemporâneo, with artistic direction by Benvindo Fonseca, the performances “Opera Crioulo” and “Jus Soli” directed by António Tavares, and also her independent improvisation in real time projects with the violinist Carlos “Zingaro” and the guitar player Jorge Vanzeller.